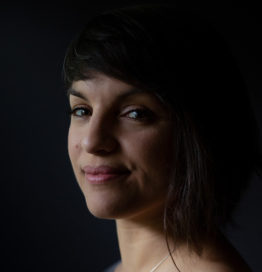 Mónica Guzmán is a bridge builder, journalist, and author who lives for great conversations sparked by curious questions. Her book, I Never Thought of it That Way: How to Have Fearlessly Curious Conversations in Dangerously Divided Times was released by BenBella Books in March 2022. She’s senior fellow for Public Practice at Braver Angels, the nation’s largest cross-partisan grassroots organization working to depolarize America; host of live interview series at Crosscut; and cofounder of the award-winning Seattle newsletter The Evergrey. She was a 2019 fellow at the Henry M. Jackson Foundation, where she studied social and political division, and a 2016 fellow at the Nieman Foundation for Journalism at Harvard University, where she researched how journalists can rethink their roles to better meet the needs of a participatory public. She was named one of the 50 most influential women in Seattle, served twice as a juror for the Pulitzer Prizes, and plays a barbarian named Shadrack in her besties’ Dungeons & Dragons campaign. A Mexican immigrant, Latina, and dual US/Mexico citizen, she lives in Seattle with her husband and two kids and is the proud liberal daughter of conservative parents.