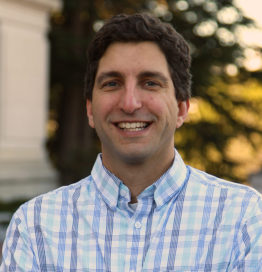 Jason Marsh is the executive director of UC Berkeley’s Greater Good Science Center and the founding editor in chief of the center’s award-winning online magazine, Greater Good, which engages 1 million readers each month. He is also the founding producer of the GGSC’s online course and podcast—both called The Science of Happiness—which have reached millions of students and listeners worldwide, and he co-created the center’s Bridging Differences Playbook and companion online course.

Marsh has co-edited three anthologies of Greater Good articles: The Compassionate Instinct, Are We Born Racist?, and The Gratitude Project; his own articles for Greater Good have explored everything from the psychology of the bystander to the reasons why he should finally start meditating. His writing has also appeared in the Wall Street Journal, the San Francisco Chronicle, and the opinion section of CNN.com. Previously, he worked as a reporter and producer at KQED Public Radio in San Francisco, as a documentary producer, and as a kindergarten teacher. He lives with his wife and daughter in Berkeley, California.