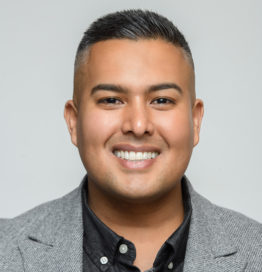 Adrian Haro joined The Workers Lab in 2017 overseeing the formation of The Workers Lab nonprofit corporation, doubling the budget and staff. Before his promotion to CEO, Haro served as the organization’s interim leader to oversee a critical transition period. Prior to joining The Workers Lab, Haro built a career in progressive politics, government, and public affairs. He started as a field organizer on Barack Obama’s 2008 presidential campaign, served as a confidential assistant at the U.S. Department of Education, and then served as the speechwriter to United States Secretary of Labor, Hilda L. Solis. He then spent four years at Civitas Public Affairs Group, a leading national public affairs firm where he worked for a variety of clients developing and implementing strategic plans for a range of issues, and serving as a key advisor to top nonprofit executives. Haro had a brief but beloved stint in Hollywood working under the mentorship of acclaimed Latino entertainment executive, activist, and entrepreneur, Moctesuma Esparza. Haro holds a degree in rhetorical studies and political science from California State University, Long Beach and grew up in East Los Angeles.

Social Justice Organizations at a Crossroads